The hero of Reckless Honor is none other than the wise-cracking, fun-loving Cajun, Jean-Luc Cavalier! 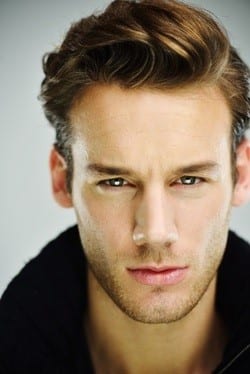 Jean-Luc is my favorite of the HORNET guys. He’s not tortured like Seth, or particularly driven like Gabe and Quinn, or a bad boy like Ian. He’s an unapologetic flirt with a flair for drama. And, being a linguist, he knows how to dirty talk in multiple languages! He was just plain fun to write.

First Book Appearance: Seal of Honor
His Book: Reckless Honor
Age: 34
Birthday: August 15
Build: 6’4”, 197 lbs.
Hair: Blond, straight, shoulder-length. He usually wears it pulled back.
Eyes: Blue
Tattoos: None. He hates needles.
Nickname(s): J.L., Ragin’ Cajun
Sexual Orientation: Considers himself straight, but he’s been known to dabble
Hometown: New Orleans, LA
Family: He’s the oldest of four children. Two sisters, Marielle and Roseline, and a brother, Etienne. They all have different fathers. The siblings were raised by their maternal grandmother, Edmee, and Jean-Luc was very close to her.
Pet(s): An old gator that hangs out near his cabin in the bayou he calls Grand Bedee (Cajun for a big, clumsy man.)
Career before HORNET: CIA linguist. He’s fluent in 15 languages and counting.
Always wanted to be: King of Carnival. Seriously.
Favorite Music: Anything lively
Hobbies: Drinking, singing karaoke as badly as possible.
Random Fact: Although he’s very good with language and can mimic any accent or intonation, he still speaks with his native Cajun accent. It comes out more when he’s drunk.

Other Books to Explore