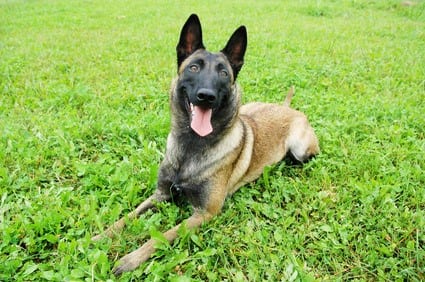 Tank was born in Afghanistan, the only surviving pup of a stray mother and a Military Working Dog father who was separated from his handler after an insurgent attack. Tank spent the first year of his life as Almas, a goat herder’s companion, until his owner was killed when their village was raided by the Taliban. He was left tied to an old Soviet tank and would have starved to death if Phoebe Leighton hadn’t found him. He’s equal parts playful and hard working, very loyal and protective of those he loves. Although he sometimes misses his former master, he adores his new best friend Ian and keeps a close eye on him.