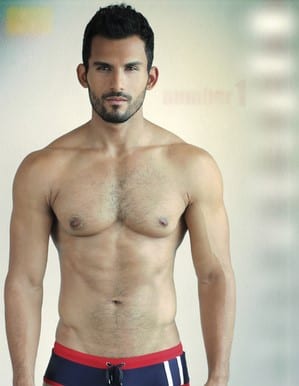 Middle Name: Mitchell
Age: 31
Birthday: March 24
Build: 6’3”, 200 lbs.
Eyes: Blue-gray
Hair: Dark brown, short.
Tattoos: Same as Vaughn’s, but on the opposite shoulder.
Favorite Food: Carrots. He started eating them in an effort to be healthier when he quit smoking, but grew to really enjoy them and they are now his go-to snack of choice.
Military Branch: Air Force, served 4 years as a Security Forces Specialist
Random Fact: At the age of four, he decided he was going to be a police officer and never deviated from that goal.
Best Friend(s): Eva Cardoso, Vaughn
The Woman Who Holds His Heart: Eva Cardoso
Title of His Book: Wilde for Her

Cam is the Wilde family’s glue—easygoing and even-tempered, he mediates any and all problems that arise between his hotheaded brothers. In fact, he spends so much time dealing with their problems, he often ignores his own. Out of all the Wilde boys, he’s the most stable, reliable, and creative. But don’t think he’s a pushover—he’s also the most stubborn and indomitable of the brothers.