Brielle Ives prefers dogs to people, and who could blame her? Her sled dogs are loyal to a fault, trust her implicitly, and couldn’t care less about the scars that mar her face. The only human who’s never disappointed her is her mentor, Dr. William Hunter. When his plane goes missing in the remote Alaskan wilderness, Bree will do anything to find him . . . even if it means turning to a frustrating, irresponsible, and too-sexy-for-his-own-good California boy for help.

When Ellis Hunter enlisted in the Army at eighteen, he put Alaska—and his womanizing drunk of a father—in his rearview mirror. He promised himself he’d never return, but even he can’t resist Bree’s panicked plea for help. If she’s hell-bent on trekking into the bush to find his father, then he's determined to go with her. But Ellis isn’t the only one shadowing Bree’s rescue attempt…

When the search for answers leaves Ellis and Bree trapped together in the wilds of Alaska, they’ll have to put aside their differences—and an attraction hot enough to melt glaciers—to survive the elements. Because someone dangerous lurks in that icy wilderness—a killer desperate to keep Dr. William Hunter's secrets buried deep in the snow.

He needs to find his father.

Dr. Nate Hunter simply wants to be left alone in his lab, but the disappearance of his father in the Alaskan bush makes that an impossibility. When Nate finds coordinates tucked away in his dad's papers, he has to take the investigation into his own hands to protect his family.

She needs to find a killer.

State trooper Freya Ashby already has a lot on her plate when she and her avalanche rescue K9, Xena, are assigned to Dr. William Hunter's disappearance. His son, Nate, is her last one-night-stand and a complication she doesn’t need … especially after she finds him standing over a dead man.

They are racing against the clock.

Battling the dangerous geography and an attraction that could derail them both, Nate and Freya must find Dr. Hunter before the trail goes as cold as the terrain. But as the clues pile up and point toward soft-spoken and insanely sexy Dr. Nathaniel Hunter, Freya has to decide if he is the killer…or the killer's next target? 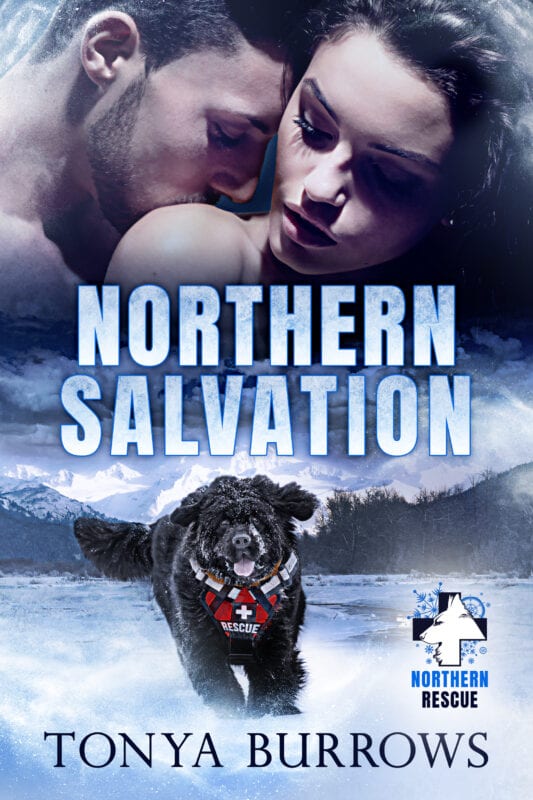 He must rescue the man whose secrets could destroy his life.

Dr. Damian Hunter sold his soul to escape the icy grip of his hometown in Alaska. In the Lower 48, he built an empire as a TV veterinarian, leaving behind his life as the forgotten youngest son of the town drunk. He never planned to return to Anchorage, but when his estranged father’s plane disappears in the bush, he’s left with no choice. Now he’s wanted for murder.

She must find the woman whose disappearance haunts her mind.

Ruby Ootoova has dedicated her life to finding justice for the missing and murdered Indigenous women of Alaska. Along with her water search and rescue K9, Newt, she scours the lakes and rivers of the vast wilderness, hoping to bring one woman in particular home–her sister. The last thing she expects to find is the FBI’s most wanted man bleeding out on an iceberg.

They have to trust each other if they have any chance to survive.

Damian and Ruby have no interest in working together, but as the seasons shift and the ice breaks, they find themselves trapped by the floodwaters and ensnared by a passion that could break through all of their defenses. When a mutual enemy threatens their lives and the recovery of the people they love, they must learn to trust each other or risk never making it out of the bush alive.